From magnetic resonance imaging machines to an advanced quantum computer in development, researchers are exploring the potential applications of two superconducting technologies to revolutionize medical imaging. Researchers plan to explore a new method for analyzing MRIs through a new partnership between the Superconducting Quantum Materials and Systems Center, housed at the US Department of Energy’s Fermi National Accelerator Laboratory, and New York University Langone Health. It marks the first SQMS Center partnership that would directly advance healthcare.

When doctors analyze MRI images, one of the most common medical imaging techniques used to create an image of a patient’s body organs and tissues, they use their knowledge of the human body and their experience in interpretation of MRI images to diagnose disease or prescribe treatment to patients.

Medical imaging scientists are now on the hunt for quantitative MRI, or qMRI. This innovative process would involve computers working alongside doctors to help identify and characterize tissue to complement doctors’ interpretation of images.

Then add quantum computing to the equation.

When fully realized, quantum computers will offer a huge increase in computing power. The algorithms that these next-generation computers will use to perform calculations could significantly improve qMRI and facilitate its translation into clinical practice. If accomplished, qMRI would give doctors a powerful tool to treat patients. Doctors would then have the ability to compare MRIs quantitatively instead of just looking at the MRI images. By relying on quantifiable parameters rather than inconsistencies in the contrast of MRI images, healthcare professionals and researchers could use statistics and perform machine learning on MRI scans.

How an MRI machine works

Imagine: It’s a sunny day on Lake Michigan, and many sailboats are sitting in the water, facing random directions. Suddenly, a strong gust of wind blows across the lake, tacking their sails and steering the boats in one direction. These boats are like protons, a particle present in the nucleus of atoms. Protons have a property called magnetic moment, which means they act like tiny magnetic rods with a magnetic field pointing in a certain direction.

Using a strong magnet, an MRI machine, like the strong gust of wind, aligns the magnetic moment of protons in a patient’s body in the same direction. MRI technicians push protons away from the magnetic field with radio frequency pulses. When the magnetic moments of the protons reorient themselves towards the MRI’s magnetic field, they release electromagnetic energy, which the machine detects and uses to create an image.

Up to 60% of the human body is made up of water, which is unevenly concentrated in body tissues, so MRI machines normally target hydrogen protons in water molecules to vary the brightness of different tissues relative to each other, resulting in a detailed black and white image of the inside of a patient’s body.

“A technique for identifying the biophysical properties of human tissue using MRI is known as magnetic resonance fingerprinting and is an active area of ​​research at NYU Langone,” said Riccardo Lattanzi, professor a radiology associate at NYU Grossman School of Medicine and a senior researcher in that field. Partnership. “In this method, MRI data is used as a ‘fingerprint’ to zero in on the underlying tissue properties that are ‘culprit’ for the observed behavior of the MRI signal.” Besides water content, other properties help create the contrast between body tissues during an MRI.

Research in quantum computing for health

Using data from the MRI machine and the information contained in the voxels, or 3D pixels, of the MRI image, doctors will be able to measure these properties to assess and monitor a patient’s health across multiple scans. Quantum computing can accelerate these measurements and generate more accurate simulations of an MRI signal to uncover the underlying properties of MRI data fingerprints.

“Using standard methods to perform these simulations, scientists can only simulate simplified biophysical models, but quantum computing could allow calculations that take into account the chemical exchanges between many molecules. This opens the door to more assessment. specifies properties of the human body,” Lattanzi said.

The research collaboration between NYU Langone and SQMS is proposed as a pilot program, involving two young researchers from each institution. These researchers would then develop algorithms used by future SQMS quantum computers to make accurate and rapid estimates of multiple tissue properties from MRI scans. 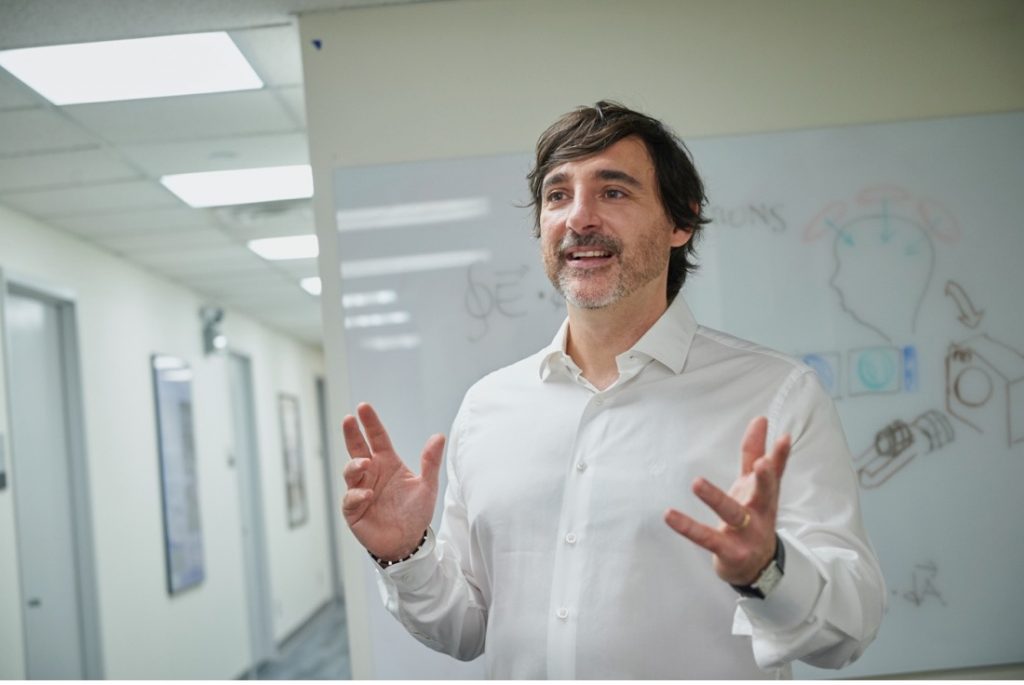 “In this pilot program, we want to explore the use of quantum algorithms to optimize quantitative MRI,” Lattanzi said. “We hope to demonstrate that quantum computing can lead to faster and more comprehensive approaches to extract relevant biophysical information from MRI to improve clinical diagnostics. Quantum computers are becoming a growing reality, and we want to be ready to exploit their full potential. »

The SQMS host institution, Fermilab, conducts cutting-edge research into superconductors, or materials that lose their electrical resistance when cooled sufficiently. This property makes them ideal for making superconducting radiofrequency cavities to accelerate particles in particle accelerators, and now, for making a quantum computer.

Fermilab was selected to host one of five DOE National Quantum Information Science Research Centers under the National Quantum Initiative Act to develop a quantum computer based on superconducting technology, due to its expertise in superconductors used for particle accelerators. NYU has received approval from the DOE Office of Science to become a member of the SQMS Center. The start of the collaboration is pending final approval of a formal agreement between NYU and Fermi Research Alliance, LLC.

“SQMS is making significant progress in superconducting quantum computing, including the development of a 3D quantum processor based on SRF cavities. Working with NYU Langone on the MRI application will have a great impact on medicine and society and will help our technology experts refine the architectural details of our 3D-based SRF computers,” said Anna Grassellino, Director of SQMS. “We are delighted to welcome NYU and Prof. Lattanzi to SQMS. The knowledge Lattanzi brings to the collaboration is a powerful continuation of the use of superconducting technologies.

The Fermi National Accelerator Laboratory is supported by the US Department of Energy’s Office of Science. The Office of Science is the largest supporter of basic physical science research in the United States and works to address some of the most pressing challenges of our time. For more information, please visit science.energy.gov.

The Center for Quantum Superconducting Materials and Systems at Fermilab is supported by the DOE Office of Science.

The Center for Quantum Superconducting Materials and Systems is one of five national quantum information science research centers of the United States Department of Energy. Led by the Fermi National Accelerator Laboratory, SQMS is a collaboration of 23 partner institutions – national laboratories, universities and industry – working together to bring transformational advances in the field of quantum information science. The center leverages Fermilab’s expertise in building complex particle accelerators to design multi-qubit quantum processor platforms based on state-of-the-art qubits and superconducting technologies. Working hand-in-hand with partners in the embedded industry, SQMS will build a quantum computer and new quantum sensors at Fermilab, opening up unprecedented computing possibilities. For more information, please visit sqms.fnal.gov.